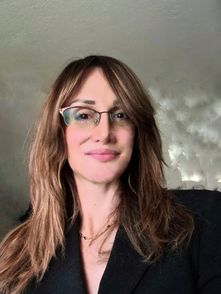 Originally from the north of Italy, close to Bologna, Chiara moved to Switzerland in 2008 after having lived in London.
Chiara has both a scientific and a linguistic background, and her paternal grandfather was a self-taught artist.  Her interests range from quantum physics to world travel, particularly to the wildest and most remote regions of the planet.
Painting is a representation of reality as the artist perceives it, i.e. a mix of light, shadows, colours and mass. Three-dimensionality, movement and contrasts are elements that are never lacking in Chiara’s paintings, as is the combination of warm and cold colours. The subjects of the paintings generally consist of bodies, faces, portraits or natural landscapes. The artist describes herself as  experimental and curious, as she loves to combine modern and alternative techniques with classical methods.

Commission an Artwork from Chiara

Have you got an idea or photograph that you’d like as an artwork ?

Chiara would be happy to work with you to develop your own special unique piece of Art.